A great song about housing after the second world war Provided to YouTube by The Orchard Enterprises Geordie Broon · Alex Glasgow Songs of Vol. 3 & Now and Then ℗ 1997 Mawson and Wareham (music) LTD Released on:...

One of my favourite songs that I love to sing Provided to YouTube by The Orchard Enterprises Dance to Yer Daddy · Alex Glasgow Songs of Vol. 3 & Now and Then ℗ 1997 Mawson and Wareham (music) LTD Release...

Dance to your daddy on the violin brilliant to listen to Nancy and James perform their version of 'Dance to Your Daddy' at the Bath Folk Festival For the latest from Nancy & James, visit: https://www.facebook.com/K... 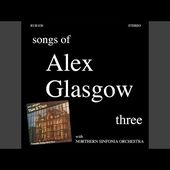 they went to the sea My Love and I

Provided to YouTube by The Orchard Enterprises My Love and I · Alex Glasgow · David Haslam · The Northern Sinfonia · David Haslam The Day We Went to the Coas...

Alex Glasgow was one of the pre-eminent folk singers and song writers of North East England.

used as the theme to the 1970s English TV drama "When The Boat Comes In".

his extensive back catalogue includes some of the most moving and emotive working class socialist anthems that the UK has produced.

Albums include Songs Of Alex Glasgow I and II,

the music to Close the Coalhouse Door,

and Now and Then.

The song lyrics contained an at times biting social commentary of working class suffering, but contain a beauty that, at their best, is unsurpassed.

He regularly performed songs on BBC TV and radio in the 1970s.

with what Britain had become

under Margaret Thatcher in the 1980s,

he emigrated to Western Australia,

although he returned to perform a series of benefit concerts during the Miner's Strike. A  lovely song to listen to 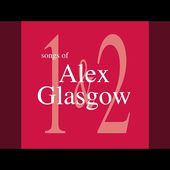